Science Fiction designs have never been better than this new collection from OHM inspired by Steampunk! Be sure to read the back stories to each design. I love that each bead is designed after a classic. Mary Shelly being one of my favorite.

OHM Beads Victoriargh is such a cool steampunk octopus with so many gears, hose and metalworks, the gears around the eyes are articulating and move together. This bead measures approximately 22.19 mm high x 15.08 mm wide. Victoriargh retails for $130 / €135.

“Our OHM Steampunk Octopus bead is inspired by Jules Verne’s classic novel “20,000 Leagues Under the Sea” which featured the Steampunk submarine the Nautilis and several giant octopuses that Captain Nemo and his crew encountered.

Indeed, the movement of a real-life octopus is powered by water like a steam engine! When an octopus needs a burst of speed, it fills its muscular cavity with water and then shoots it out like jet propulsion. The octopus can also expel a black ink as a cloaking device. Steampunk is all about invention and creation, and the octopus has been observed collecting discarded coconut shells to use as mobile armor. The real-life octopus even LOOKS kinda Steampunk, like he is wearing a helmet and goggles.

We at OHM envisioned an octopus that truly IS fully Steampunk with hydraulics, gears, wires, cathode tubes, and armor plating. We also added a touch of gnarly pirate to the mix — another icon of the Steampunk genre — and we named him VICTORIARGH. That’s Victoriana (all things Victorian) said with a pirate drawl, Victoriaaaaaargh!

So, strap on your goggles and grab your Steampunk gear, maties! You are welcome aboard the airship or submarine of imagination to soar or submerge with us to an alternative reality of steam-powered contraptions and cyborg creatures! Enjoy our entire Steampunk collection. Aaaargh you’ll be hooked!” ~ OHM

OHM Beads Prometheus-ity is a steampunk clip and it matches Victoriargh perfectly with its design and gears. This clip is lined with rubber and fits the chunky bracelet nice and tight. I’m rather excited to have clips for the chunky bracelet to keep all the beads in place. It also makes a great bead on thinner chains and bangles. This bead measures approximately 10.35 mm high x 6.80 mm wide. Prometheus-ity retails for $50 / €52.

“Probably everyone knows about Mary Shelly’s infamous 1818 Gothic novel Frankenstein, but, perhaps, fewer folks know that the full title of the book was Frankenstein; or The Modern Prometheus. Mary was vacationing at Lake Geneva with other literary legends — Lord Byron, Percy Shelly, John Polidori — and throughout the rainy summer, the group challenged each other to write a scary ghost story. Mary, instead, focused on the idea of a re-animated corpse.

Our OHM Modern Promethetheus-ity Lock bead evokes the mysterious and frightening contraptions of Doctor Frankenstein’s laboratory as he experiments with electricity, magnetism, and various chemical reactions to restore life to dead tissue. Gears mesh, vacuum tubes fill, a pressure gauge twitches, wires and hoses connect the surging currents, and bolts strain to hold the metal plates in place. You can almost see sparks of lightning arc from the bead as the doctor screams, It’s ALIVE!

Best of all, because it’s a lock, designed specifically to fit with the OHM CHUNKY bracelet. This marvelous Steampunk creation will hold all the other beads on your bracelet securely in place. Mix and match our entire Steampunk Collection on your various wristwear and gear up with style!” ~ OHM

OHM Beads Tesla Coil-ish the perfect small stopper to keep all your beads in place on a bangle or bracelet. This stopper has the same steampunk details all the way around. It fits the OHM Bangle and other major brands nicely. This bead measures approximately 8.92 mm high x 4.38 mm wide. Tesla Coil-ish retails $25 / €26.

“Nikola Tesla was a Serbian-American engineer and physicist who rivaled Thomas Edison for his discoveries and inventions with electricity; in fact, Tesla originally worked for Edison but they became bitter competitors and enemies.

Tesla’s work became the basis for much our modern lifestyle. He created the AC (alternating current) technology that’s widely used in homes and businesses today (Edison advocated DC or direct current). Tesla sent the first wireless radio transmission (verified later by the US Supreme Court), yet Marconi got the credit. Tesla studied X-rays, robotics, supersonic flight, and even experimented with a thought camera and an outer space death ray.

Tesla, whose zenith occurred in the late 1800’s, has become an icon in the world of Steampunk. He is often portrayed as inventing time travel and alternate realities and other wondrous creations ahead of their time using steam, springs, brass, and Victorian technology.

One of Tesla’s showiest real-life inventions was a donut-shaped device called the Tesla Coil which uses polyphase alternating currents to produce very high voltages. Tesla loved to show off his coil in live demonstrations, creating crackling sparks, arcs of lightning, and sheets of electric flame to the gasping, shrieking delight of his audience. Today, the Tesla Coil is mostly used for entertainment.

We at OHM created this donut-shaped Stopper to slide onto your bangle and hold your beads in place, and we named it after Tesla’s famous arcing, sparking coil. We even covered it with 19th century technology that Tesla might have used, such as gears, tubes, hoses, and bolts. Enjoy this tribute to a master inventor and Steampunk icon, along with all the beads in our Steampunk collection. Don’t be too surprised if it sparks a little genius in your creativity too!” ~ OHM

In this first composition I went with a full bracelet design with OHM Beads that remind me of Steampunk.

Of course, Victoriargh is perfect for a deep ocean theme. Here you can also see the size comparison of Victoriargh, Astroargh, and Baby Argh.

Overall, this is a fun release and is such a unique collection of steampunk beads that will fit into any collection. The OHM team are truly masters at creating art in new and exciting ways.

All three steampunk designs are available at all the links below or on the OHM Beads Website.

Story in the Bead – ships from Czech Republic

As always, I love hearing from you all and would love to hear your thoughts on these cool new OHM Beads? Leave me a comment below ❤ 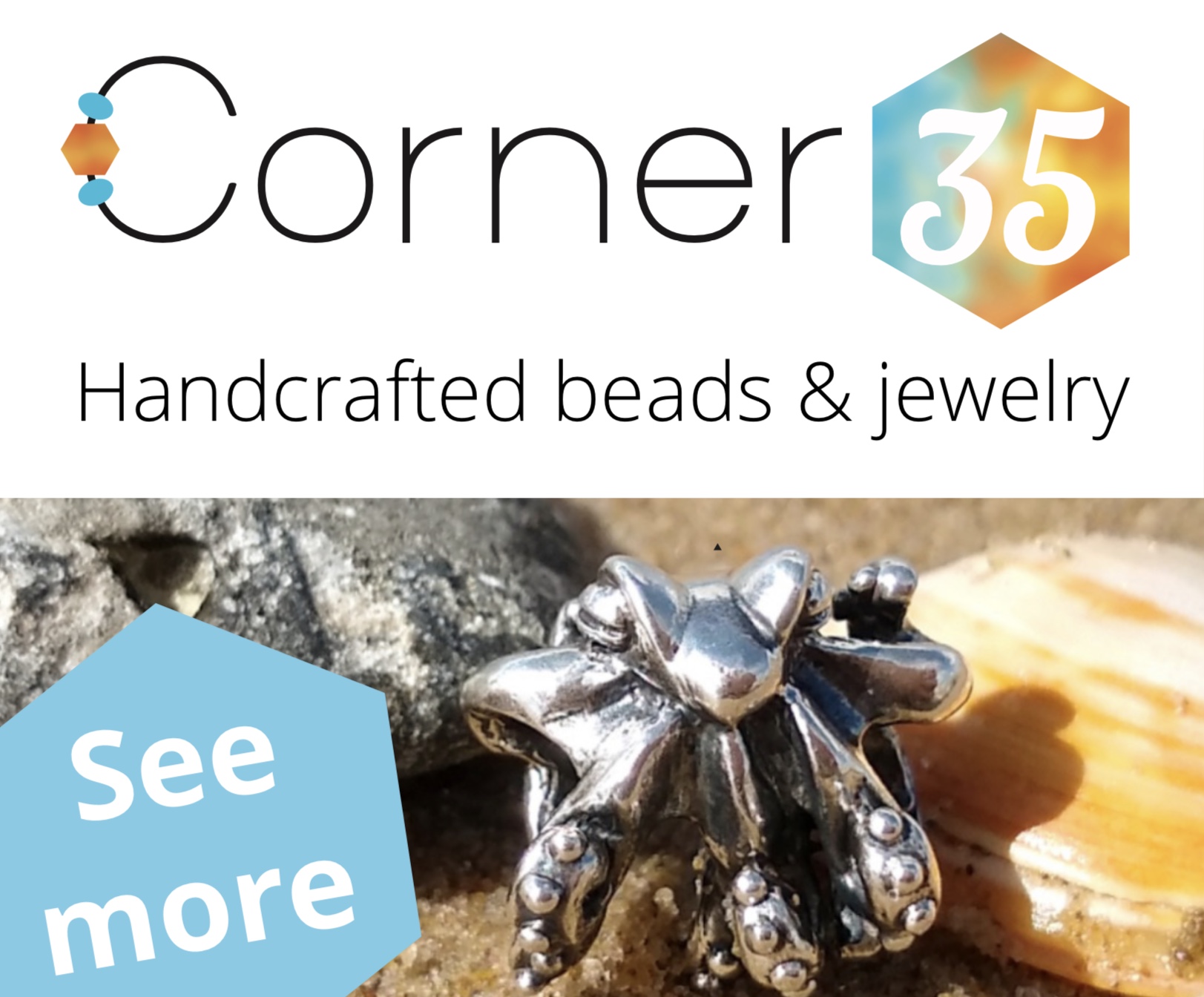 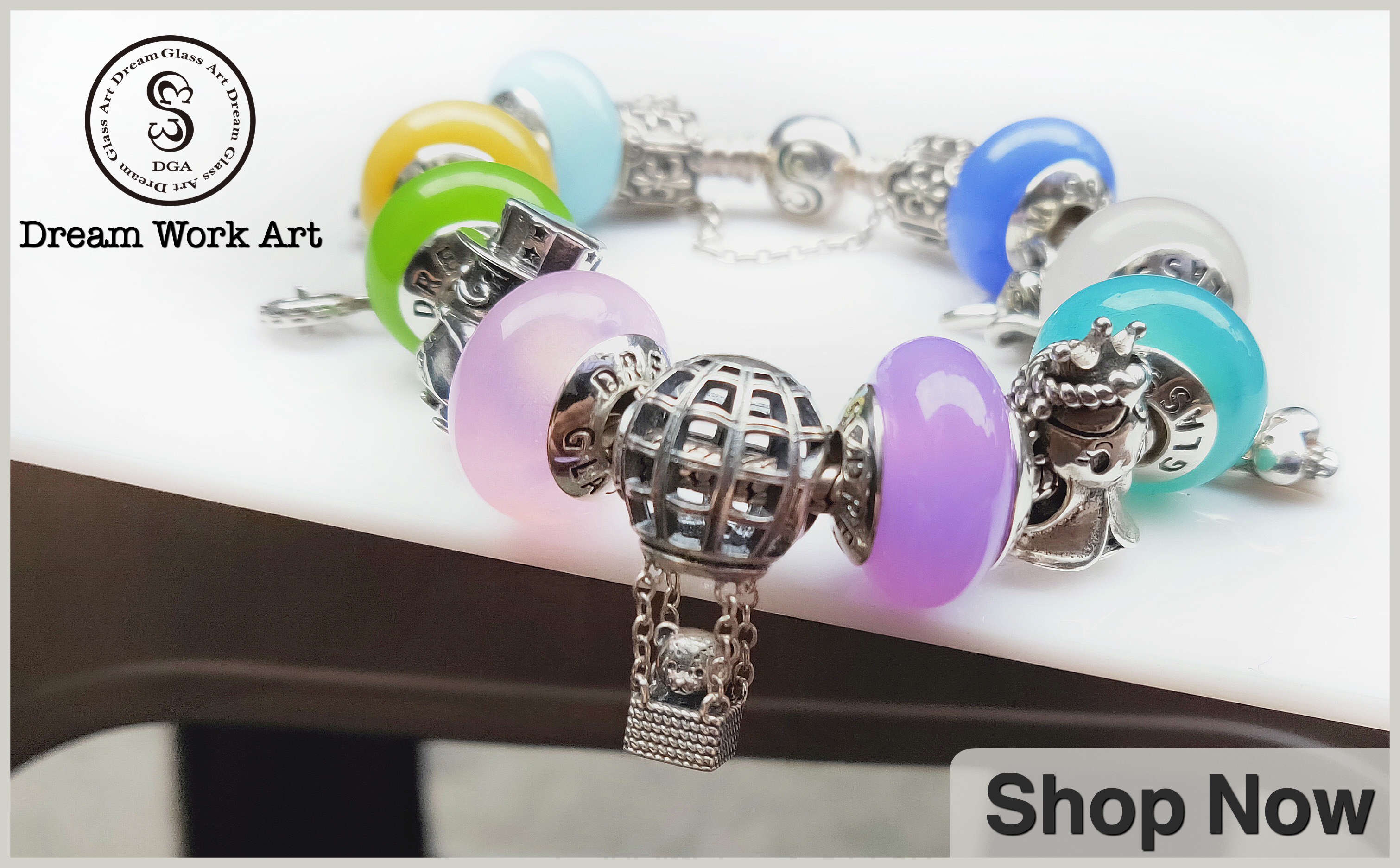 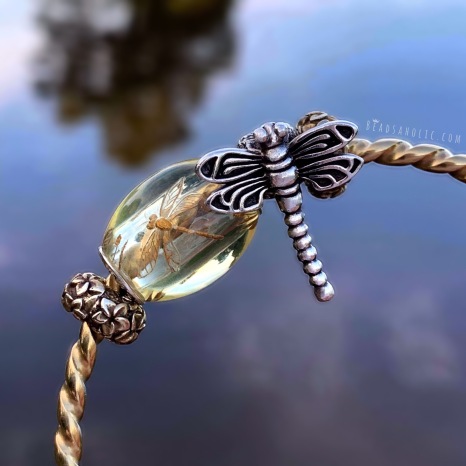 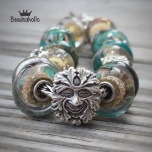 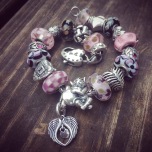 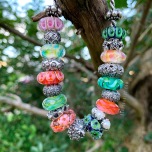 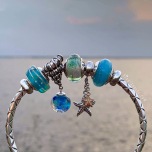 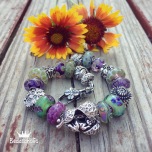 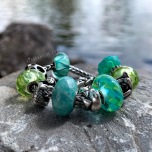 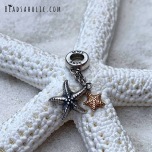 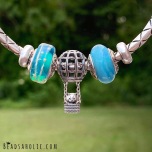